Subscribe to The Poetic Overture by Email
Posted on November 29, 2019 by davidruybalid 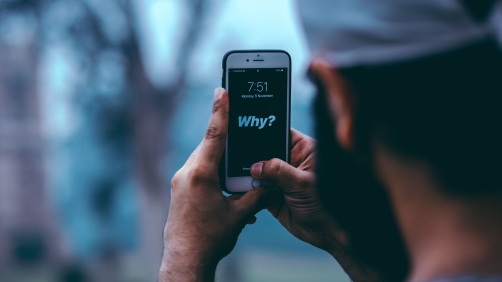 Over the past couple of weeks, we have had famous Christian leaders take to social media to announce that they are leaving the Christian faith or are struggling with their faith. Joshua Harris (author of I Kissed Dating Goodbye) and Marty Sampson (worship leader and songwriter from Hillsong) have been the most notable. As they have been open, many people have shared opinions that have been compassionate, and some have been judgmental and rebuking. My goal in this post is to speak at a higher level of what kind of environments that we want to create for people that have questions and doubts about faith.

I love the conversation that Jesus had in John 3 with a religious leader that had questions about things outside of the religious system in which he was a leader.

John 3:1-2, NIV
Now there was a Pharisee, a man named Nicodemus who was a member of the Jewish ruling council. He came to Jesus at night and said, “Rabbi, we know that you are a teacher who has come from God. For no one could perform the signs you are doing if God were not with him.”

The Pharisees were the rock stars and celebrities of the faith that Jesus Himself was raised in and a part of. If these Pharisees and their tendencies existed today, they would be the ones that were writing and selling the books about the dos and don’ts of dating, or they would be so influential that the up and coming worship leaders would want to be like them.

One of the other times that we see Nicodemus in the gospels is when he is burying Jesus with Joseph of Arimathea.

John 19:38-39, NIV
Later, Joseph of Arimathea asked Pilate for the body of Jesus. Now Joseph was a disciple of Jesus, but secretly because he feared the Jewish leaders. With Pilate’s permission, he came and took the body away. He was accompanied by Nicodemus, the man who earlier had visited Jesus at night. Nicodemus brought a mixture of myrrh and aloes, about seventy-five pounds.

My thought is that Nicodemus is tied into Joseph’s part in the text because they are both followers of Jesus in secret. John wanted the readers to see this. Could it be that the same fear of the religious leaders that Joseph had is the same fear that caused Nicodemus to approach Jesus by night and in secret?

So what does all this mean?

Jesus was a part of the Jewish religion perfectly but comforted those questioning and hurt by religiosity within it.

Religion is not the enemy! Jesus was religious and had no desire to break down His religion. James 1:27 even tells us what kind of religion that God accepts. What Jesus pushed against was religiosity that can place a system of rules and beliefs in place of a transformative relationship with our gracious Creator and marginalizes people because it breeds self-righteousness.

Like in Jesus’s time, we can be a part of the beauty of Christianity and still see that people want to place a system of rules and beliefs in place of a transformative relationship with God (while making people feel that following these ways will lead to transformation). What happens when someone who has been a part of Christianity, and even contributed to the religiosity that has hurt people awakens to see these problems? Will they then mistake the way of this religiosity for the way of true Christianity because they have intertwined the two for so long? Will we then think their questioning of religiosity is them questioning their faith?

We are part of the Christian faith, but we can be available like Jesus was for those who have questions and don’t feel safe because of religiosity.

It seems that a system of religiosity, fear, and self-preservation drives people’s questions to become secrets.

In a system where faith is primarily about systems of rules and beliefs, our beliefs seem to come with an all-or-nothing caveat. It is impossible to question or examine anything in the system because then we feel the pressure to throw the whole thing out.

I wish I can tell you how many people write to me weekly and start their message with, “I haven’t told anyone this before, but I am struggling with my faith.” Why can’t those statements of admitting questions happen sooner and those questioning be more open with people in their family and church communities that they can trust? I believe the answer is because openness and safe dialogue is not the default in the current model of Christian communities in general, but we can change that.

Social media has changed the way that we communicate.

My guess is that many people who wrestle with faith come out on social media so strongly because they couldn’t come out honestly in their communities and be accepted and still be discipled like how we see Jesus disciple. Social media offers a false sense of acceptance and has become the way that we now communicate our views and opinions. I think that conversations need to be had and wrestled with in safe community environments before it gets to this point.

What would it look like if our relationships in our families, friendships, and churches looked more like Jesus when people (even revered religious leaders) come with questions and doubts? Let us not be like the religious leaders who push people to seek truth in secret.

Like with Nicodemus, questions can help us seek and find Jesus. This means that for those who have announced that they are struggling, God is not done with them. In a system of rigid religiosity, questions are a threat and must be stopped. As the Church, though, we are the hands and feet of Jesus. Will we respond accordingly? Will our response to those who question and doubt make Jesus look desirable or contribute to them saying “I’m out”?