Subscribe to The Poetic Overture by Email
Posted on September 7, 2018August 15, 2020 by davidruybalid

John MacArthur and many people in his theological camp have released a statement about social justice. You can read it here: https://statementonsocialjustice.com.

Any stance of social justice would come out of an individual or body of believer’s understanding of “the gospel”. This I believe is why MacArthur and the other signers have made it a point to define “the gospel” within this document.

Here is how John MacArthur and many Christians define “the gospel” (according to their statement on social justice). 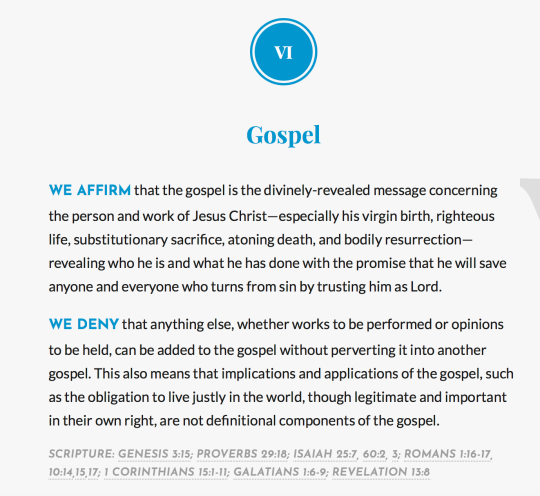 All you have to do is open Romans and walk through to find this message (traditionally called “The Roman’s Road”). Notice that in sharing “the gospel”, we are trained to share only Paul’s words almost exclusively, but what did Jesus teach about “the gospel” (MacArthur’s references are missing references from the gospel accounts with Jesus)?

There are two main reasons why we tend to avoid social justice or even strip it from “the gospel”:

This is based around a movement in the 1800’s that was mostly post-millennial (the view that if we create a thousand years of peace by building God’s kingdom for Him, then He will return). Because of this, there was a view of missions where Christians would “bring God’s kingdom” by social action, but the sentiment from many other believers was that they weren’t telling people about Jesus, and just doing good things for creating peace.

For those of us from the more conservative camp (which is how I was raised and where MacArthur is), I want to encourage that the tension in this argument around social justice is not found in the tension of the post-millennial movement of the 1800’s. The tension is found in some of the disagreement of the nuances in our definition of “the gospel”.

What is the gospel?

“The gospel” (good news) is taken from the old English word “godspel” (god = good and spel = story or “good news”). It comes from the Greek word “euangelion” (where we get the words “evangelism” and “evangelical”).

We have to understand that Jesus was and is a promised Jewish messiah. He was and is the promised king of the Jews.

Why is this important? Because God told Abraham in Genesis 12 that the vocation of the nation from His descendants would be a blessing to all nations. Israel was now under the rule of Rome and Israel awaited their promised king from Isaiah 9 and 2 Samuel 7. This king would come through the line of David and would set up a kingdom that would last forever. This is what they hoped for and expected of the messiah. A liberation of oppressed people would come!

Jesus showed up and this is where “the gospel” (good news) proclamation by Jesus the promised king of the Jews began.

“14 After John was put in prison, Jesus went into Galilee, proclaiming the good news of God. 15 “The time has come,” he said. “The kingdom of God has come near. Repent and believe the good news!”

Jesus himself makes a statement about “the gospel” that He had come to proclaim.

Luke 4
43 But he said, “I must proclaim the good news of the kingdom of God to the other towns also because that is why I was sent.”

What is fascinating is what Jesus said that He would do earlier in the context of this passage, as He read from the scroll of Isaiah.

Luke 4
18 “The Spirit of the Lord is on me,
because he has anointed me
to proclaim good news to the poor.
He has sent me to proclaim freedom for the prisoners
and recovery of sight for the blind,
to set the oppressed free,

If social justice is not Biblical, Jesus probably should have just stuck to proclaiming His death so that people could go to heaven when they die, but that is not what Jesus says as the central message of “the gospel”. The central message of “the gospel” is that the kingdom of God has come, it is available now, and He did and is doing works to show it breaking through so people can step into its reality.

The ultimate work of this kingdom breaking through was the cross. This is why Colossians 2:15 tells us, “And having disarmed the powers and authorities, he made a public spectacle of them, triumphing over them by the cross.”

This is the power of the cross in the narrative of “the gospel” of the kingdom! At the cross, the king conquered… not just the people who sat on the thrones, He conquered the evil powers that held this world at bay. These evil powers are what drove the power-hungry greed of the powers of this world, including Rome and Herod. These are the same powers that bring oppression to the marginalized.

What does this mean for us?

If we declare “Jesus as Lord”, by faith we are adopted as decedents of Abraham.

I love how Galatians tells us this.

Galatians 3
7 Understand, then, that those who have faith are children of Abraham. 8 Scripture foresaw that God would justify the Gentiles by faith, and announced the gospel in advance to Abraham: “All nations will be blessed through you.” 9 So those who rely on faith are blessed along with Abraham, the man of faith.

So we are now the continued fulfillment of what God promised Abraham, but now we are invited into the action of the vocation of all nations being blessed.  This is the purpose of the great commission (Matthew 28:19-20).

We can’t strip Paul, from the context of Jesus! If we do, we get two different messages and most people (without realizing it) throw out Jesus’s for Paul’s.

How then can we think and act?

You will see that when we understand “the gospel” in the way the that Jesus talk about it, we can’t help but be propelled into social action, because the kingdom is breaking through now and we are God’s people and heirs to this kingdom. 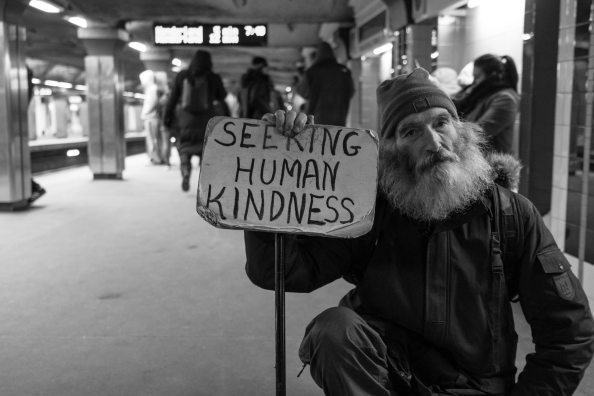