So What About the Afterlife?

I am excited about a generation of young adults who have been raised in the church and are questioning things that they don’t see lining up with the heart of God.  Because of this, questions about the afterlife and hell have come up a lot in the last few years.

Because many are questioning the idea of people being tortured in fiery caves under the ground by demons with pitchforks forever, many are throwing the idea of hell out completely for a belief that all will be redeemed in the end.

What if there is a more Biblical approach than both of these extremes?

If you have not read my other posts, read them here so that you have context to this post: 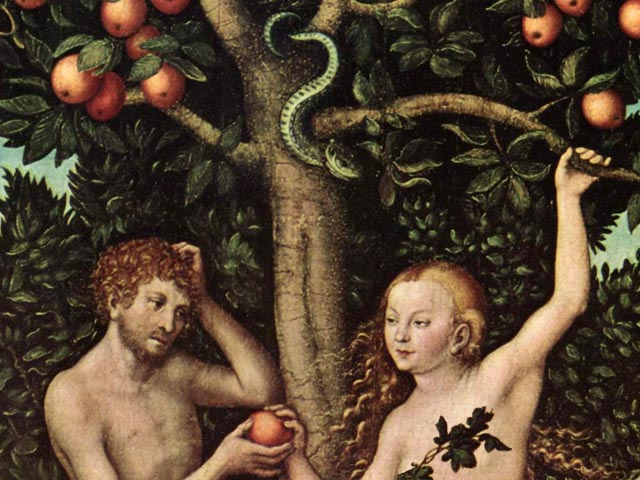 When sin entered the world Adam and Eve were banished from the garden.  Sin brought in death, destruction, and chaos that was started by the hands of Adam and Eve.

God’s intention for the end:

We look forward to Jesus’s return when He will come again.  He will judge sin, all who have oppressed this world by evil, and will cast them to hell.

Revelation 21:1
1 Then I saw “a new heaven and a new earth,” for the first heaven and the first earth had passed away, and there was no longer any sea. 2 I saw the Holy City, the new Jerusalem, coming down out of heaven from God, prepared as a bride beautifully dressed for her husband. 3 And I heard a loud voice from the throne saying, “Look! God’s dwelling place is now among the people, and he will dwell with them. They will be his people, and God himself will be with them and be their God. 4 ‘He will wipe every tear from their eyes. There will be no more death’ or mourning or crying or pain, for the old order of things has passed away.”

The Old Testament calls this promise “New Jerusalem” and “Zion”.

This is where people get hung up a little…

The Bible refers to where people go when they die as “Sheol” or “Hades” (also called “the grave”, “land of the dead”, “paradise”, and “Abraham’s bosom(or side)”)(Luke 16:19-31, Luke 23:43).  This is where Jesus went when He died (1 Peter 3:19, Ephesians 4:7-10, descended into hell – Apostle’s Creed).  It is a place where both the righteous and unrighteous people who died before Jesus went.  There was a space designated for both of these groups of people that Luke 16 alludes to.

What About Heaven and Hell?

Heaven is the God space where His throne and angels currently reside.  It is where Jesus brought the people of faith who had died before Him, after He spent time in Sheol (1 Peter 3:19, Ephesians 4:7-10, He ascended to heaven- Nicene Creed).  Heaven is not our final destination!  The New Heavens and New Earth (New Jerusalem) with a resurrected body (Isaiah 26:19, Matthew 22:30) is our final destination.

Until then… since Jesus died, when believers die, heaven is a resting place in the presence of God, before He returns again to set up eternity in a New Jerusalem.

Hell is talked about a lot by Jesus.  Other then in Caesarea Philippi (Matthew 16) and the Rich man and Lazarus (Luke 16), when Jesus talked about hell, He was referring to Gahenna (or valley of Ben Hinnom).  In 2 Chronicles 28, God’s people went outside of the walls of the city, would light fires, and sacrifice children to idols.  This is why it is referred to as “the lake of fire”. (Matthew 13, Mark 9)

After Jesus returns… sin, people who reject His restoration, and the unfaithful left in hades (sheol) will be cast into the lake of fire (Gahanna) (Revelation 20).  I believe that Jesus (through John) is talking about a place outside of Jerusalem, but He is also talking literally about a place where people will be banished outside of the “New Jerusalem”.

Here is how this plays out…

For those who choose the way of death and destruction over their life, and never reach out to Jesus, God’s wrath is poured out on them.

Remember what we said about wrath in the last post?  “wrath is best understood as divine consent to our own destructive will” (Stated by Brian Zahnd).  In a Biblical view, God will be “handing them over” to our desire to go outside of His city and light the hellish fires and turn from the worship of the King of Kings.  His wrath is Him saying, “have it your way”.  I believe that God won’t take pleasure in this, but it will break his heart (2 Peter 3:9, Ezekiel 33:11).

If God is going to bring justice… all that oppose His way, live in rebellion, and would bring chaos to His order otherwise needs to be banished from His city (like Adam and Eve were banished from the garden).

“God doesn’t just have a problem with [Gehenna] because he’s personally offended; he has a problem because he loves the world and its powers seek to destroy”.

“But Butler goes further, following C.S. Lewis’ lead, in that he makes hell an act of God’s mercy toward the rebels. Thus hell is the ultimate tribute to human freedom. God will not heal those who refuse His love, so hell becomes like a tourniquet on the wound, a containment of the poison that limits “the harm they can do to themselves”.”

Take a minute and watch this video:

The wrath was satisfied in Jesus (by handing Him over to evil men who killed Him), so that God would not pour His wrath (hand people over to the consequences of their destructive will) on those who want His healing and His ways.

By faith, the root of sin and hell is dealt with in us, and all things in us begin to become new in the direction of what God’s grand finally for eternity will be.

Will you give Him your life and live in this hope?

“Surprised By Hope” by N.T. Wright

“The Skeletons in God’s Closet” by Joshua Ryan Butler